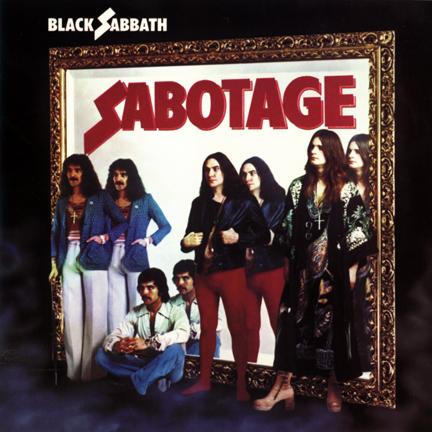 The final great BLACK SABBATH record with the band’s original line-up rarely gets the love it deserves outside diehard SABBATH fans. Most every tribute album or SABBATH cover song skips over this massive album.

While I love the five albums that preceded 1975’s Sabotage, this is the SABBATH album that spoke to me most as a teenager who was totally immersed in discovering all the heavy music I could get my hands on. To this day, I only own this album in cassette format. It’s the most depressing and emotionally powerful album in that disillusioned and maddening sense. The band were undoubtedly living life to full excess but were very much in touch with their souls.

After the first three songs, “Hole in the Sky,” “Symptom of the Universe” (the first thrash song ever written) and “Don’t Start (Too Late),” Sabotage really takes off on its epic journey through alienation, disillusionment, and liberation. The band wore their heart on their sleeves and that is something that really resonated in and connected with me as a disillusioned kid at the time.

While it is a crime to be a casual SABBATH fan, it’s never too late to learn about and subsequently worship at the altar of the gods. Let us enjoy some selections from this great work of art.