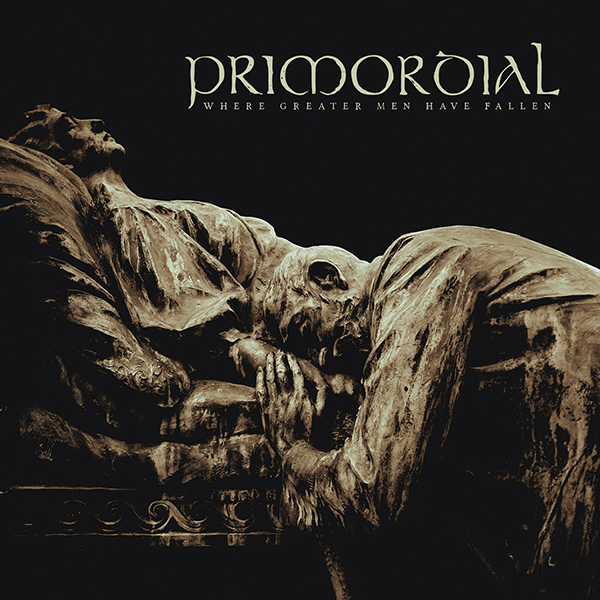 Dublin, Ireland’s PRIMORDIAL will make their return with Where Greater Men Have Fallen.  The new album is set for a November 25, 2014 release via Metal Blade Records.   Sing along to the title track:

Singer A.A. Nemtheanga elaborates: “Some time at the end of 2013 we sat and began to plot a course for album number eight. We moved camp to a new rehearsal room and the ideas began to take shape. We felt it was time to try a new studio and engineer so we went to Grouse Lodge deep in the middle of Ireland and employed Gomez to come over and work on the new album.” The band’s idea was, of course, to keep the PRIMORDIAL trademarks intact while incorporating a broader, heavier more organic sound. “We feel revitalized, the hunger never left and we are ready for another chapter to be written in our history!”