If you’ve been following SLAYER closely in recent years, it may not come as a shock but the band have announced a final world tour.  The band made the announcement via Youtube:

The North American leg of the tour will include LAMB OF GOD, BEHEMOTH, ANTHRAX, and TESTAMENT.  Tour dates to be announced in the coming days. 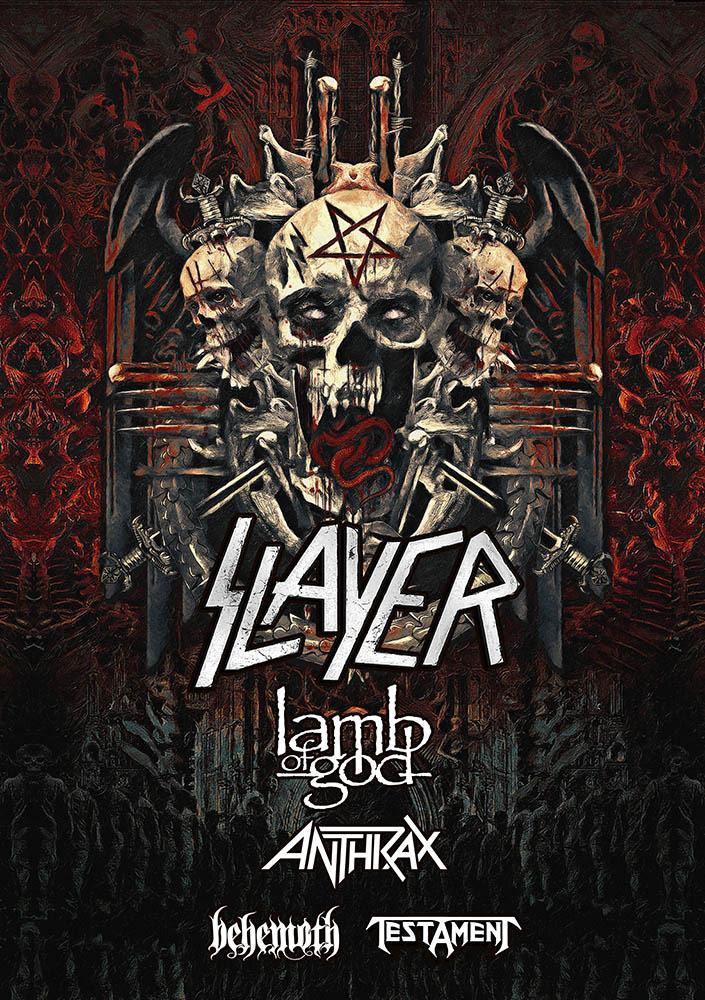 On a related note, Kerry King‘s wife, Ayesha King, announced via Instagram that we have not heard the last from Kerry King:

Kerry just heard the news about Slayer’s farewell tour! He sprouted horns! ??He says not to worry, you’ll always get music from him. Horns behind Kerry are in our friends house @heathervondobler @cvondobler ??