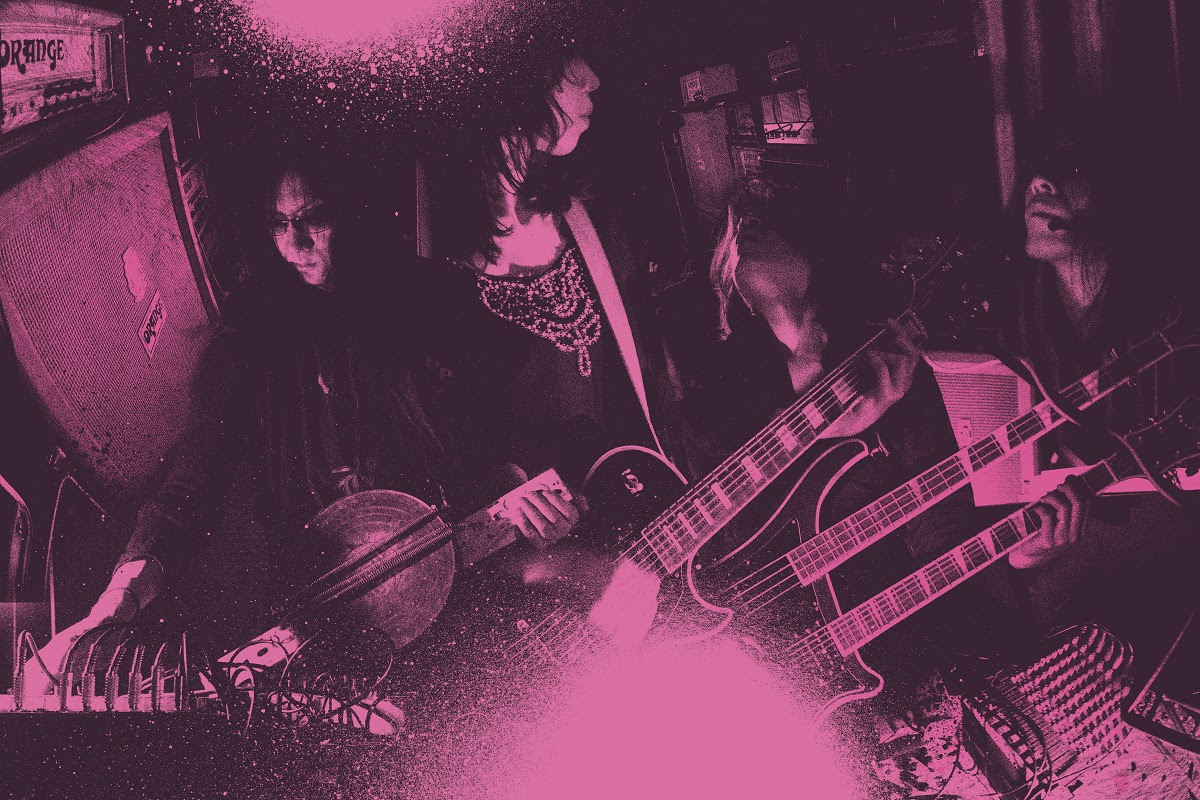 Everything BORIS sets out to accomplish is not without a dose of “special”. Such was their recent U.S. tour, half of which were two-night residencies; one night of “All-time Classics,” a set of their heavy rock, non-drone material, and a second night of the exact opposite — a complete performance of their hour-long Flood album, plus experimental/drone selections.
END_OF_DOCUMENT_TOKEN_TO_BE_REPLACED

Legendary Japanese trio BORIS announce a series of US headlining residency shows in several major markets following their performance at Austin Psych Fest in late April. The residency tour, billed as “from the past, the present and through to the future” features BORIS playing 2 consecutive nights in each city. For the first night, the band will perform its all-time classics along with many new songs never before played in the US. The second night’s set features most of Boris’ cult classic album Flood along with a noise/drone/experimental set. Please see all current dates below.

Boris will also sell a limited edition tour-only release available only at the merch table.

BORIS have contributed their cover of “Sometimes” for the upcoming MY BLOODY VALENTINE tribute album, entitled Yellow Loveless. The line-up features all bands from Japan paying tribute to the shoegaze legends. The tribute comes out January 23, 2013 on High Fader Records.

In other news, BORIS‘ split 7″ release with ASOBI SEKSU with now available for pre-order. Check out the different pre-order bundles.

We look forward to another strong year in 2012 in which we will celebrate our 10 years online. Cheers for all of your support in 2011! Radikult!!
END_OF_DOCUMENT_TOKEN_TO_BE_REPLACED

Touring in support of their two recent new albums, Heavy Rocks, Attention Please, and forthcoming new album, New Album (our review), Japan’s BORIS made their return to the El Rey Theatre in Los Angeles, on November 12th, having played there their last time in L.A. just over a year ago.

While known for their unpredictable and sometimes unconventional style of music output (doom, noise, drone, psych rock, pop, shoegaze), BORIS are relatively straightforward within a live setting. That is not to say, however, that their material isn’t (and wasn’t) varied.

END_OF_DOCUMENT_TOKEN_TO_BE_REPLACED

Album number three for 2011 from Tokyo’s BORIS proves to be the best of the trio. Originally meant to be a Japan-only release, New Album includes six songs from Attention Please and Heavy Rocks, which were released earlier this year plus three exclusive songs and one song that has previously been released. Before you decry that New Album is just three new songs with seven previously released songs slapped on, you should know that New Album is an entirely unique construction.

Teaming up with producer Shinobu Narita, the band produce a diverse collection of ear candy. Every song is given such vivacity with layers of synthesizers, effects pedals, filters, and other assorted instrumentation to create a very euphoric, imaginative, and creative whole. The team has carefully given each song the type of rearrangement, enhancement, and/or embellishment needed to make it extraordinary. Some songs feel like distinctly Japanese off the wall video games while others are straight up goa trance meets rock, or are exercises in blast beats with half time bass drums meet euphoria.

As far as the six songs that also appear on Attention Please and Heavy Rock, they exist in different forms/feel/versions on New Album. Essentially, they have been supercharged to fit the playful, experimental, and trippy nature of the album. Rearrangements or alternative instrumentation can be found in these versions. Arguable, they sound better and more stimulating here than in their original basic forms.

The four new songs are excellent as well. For example, “Flare” opens the record and not only has excellent arrangements but is a great opener with its multitude of rockin ways. The superb tracklisting also greatly helps them the listening enjoyment of not just these songs but all 10 songs. The diversity of the material is also another strength.

As with any BORIS record, there are different songs for different versions released in different territories and New Album is no different. Yup, they love to torment collectors.

In 2002, BORIS released the excellent Heavy Rocks and now in 2011, the band is back with yet another album titled Heavy Rocks. To put it bluntly, the former is flat out superior to the latter. It’s not because it’s heavier. The songs are just better.

In general terms, the new album is more about “rock” than “doom.” Heavy Rocks is also less serious or weighty in its delivery and displays the more playful, fun side to the band. But once the listeners gets to fifth track, “Missing Pieces,” the tone gets very somber and dreamlike. “Key” follows and serves as more of a segue piece before the band gets back to rockin’ on the uptempo “Window Shopping.” “Tu, la la” is by far the best song on the album. The excellent main riff just propels the song as it effortlessly glides by. “Aileron” brings things back down in the same fashion as “Missing Pieces” before the band decides to ends things on a metal note with “Czechoslovakia.” Soon after the song reaches a thrash crescendo, it simply fades out.

Overall, Heavy Rocks is a mixed bag and as a whole, doesn’t rise to a compelling level of quality. If you take the album for what it’s worth as a “light” album, then it might be sufficient. However, we’ve heard much better from BORIS and should not expect anything less. (Sargeant House Records) Adult Swim, the home of DETHKLOK and Metalocalypse, and Scion A/V, who have been responsible for a wave of metal fests and free shows, have come together to bring you Metal Swim, a collection of 16 rare or unreleased metal. The album is free to download and features the following tracks:

Visit the Metal Swim site to download the free album and view interviews and performance footage from past Scion Rock Fests: http://www.adultswim.com/promos/201009_scion/index.html