The debate over which DEATH album is the best will have various results, depending on who you ask.  Some swear by the sheer brutality and simplicity of Scream Bloody Gore, or the ultra-catchy riffs from Leprosy.  Some guitar enthusiasts enjoy Spiritual Healing the most because of James Murphy’s wizardry, but my personal favorite will always be Human, simply because of the flawless performance by Sean Reinert.  The album opens with the obvious focus on Reinert’s talent as the double bass crescendos into some toms and then…brutality.  The rest of the album never lets up, and while Chuck Schuldiner’s riffs and leads are in top form, to me, it’s Reinert’s execution that makes this album one of the ultimate death metal albums of all time.

The technicality of well-placed cymbal hits, rides, complex drum patterns are so succinct and perfect, that it honestly takes tens of listens before you can fully comprehend and appreciate the greatness that Reinert infused on every album he’s played on.  Not only did he implement such a brutal touch on the album, but his jazzy influence was well-documented as well, especially on the track “Cosmic Sea.”  Admittedly, I was not a fan of CYNIC when Focus was first released, but after I heard Human, I decided to revisit the album and once again, realized the sheer genius that Reinert facilitated.

On a personal level, I only met him for a few minutes on two separate occasions, but he was a genuine and extremely kind person.  He was appreciative that I had almost everything he had played on and was very humble about it all.

Our condolences go out to his husband, family, and his friends.  The music and metal scene has lost one of the greatest game changers in drumming history.

How often does the band that is paying tribute to their idols go as far as to surpass them?  Well, GRUESOME‘s Twisted Prayers is one of those rare instances where the students becomes better than the master.  Modeled after the style of DEATH‘s leap forward, Spiritual Healing, GRUESOME perfectly capture the birth of progressive/technical death metal.

Not only are all the nuances, that only true fans could recognize and capture, but the damn riffs and hooks are just killer.  There are no drop offs throughout Twisted Prayers.  Thus, there is no need to highlight any songs.  Those beautiful instrumental runs and that heart pumping sense of urgency keep things moving.

Hell, you even have guitarist James Murphy, who played on Spiritual Healing, playing solos on “Crusade of Brutality” and “At Death’s Door” to add to the authenticity of the experience.

What is also important to note is that GRUESOME‘s guitar crunch here is perfection.  Also, Gus Rios‘ drums sound so natural and balanced in the mix.  Big props to producer Jarrett Pritchard for created such a modern, yet true death metal sound to the album.

Somewhere Chuck Shuldiner has a huge shit eating grin when he sees how GRUESOME is carrying on his legacy. Hail.  (Relapse Records)

END_OF_DOCUMENT_TOKEN_TO_BE_REPLACED

Three years subsequent to the formation of elite metal project, NADER SADEK, and the release of the collective’s debut album, In The Flesh, the final video from the album has been released.

“Re:Mechanic” was re-recorded with vocals by Travis Ryan (CATTLE DECAPITATION), backing vocals by Mike Hrubovac (MONSTROSITY, VILE) and Tim Rocheny (MAUSOLEUM), drums by Flo Mounier (CRYPTOPSY), main guitars from Rune Eriksen (AVA INFERI, ex-MAYHEM), leads from Orestis Nalmpantis, and bass by Kelly Conlon (PESSIMIST, ex-DEATH, MONSTROSITY). Yet in the ever-morphing fashion of the NADER SADEK entity, the video hosts an altered cast. While Eriksen and Mounier are featured, the rest of the filmed lineup is rounded out with bassist and vocalist Novy Nowak (CONDEMNATION, ex-VADER), as well as SADEK himself not only directing the video but also appearing as the Desert Druid.

The video was filmed on multiple continents, in both underground NYC locations as well as at the ancient Crystal Altar in Egypt.

Technical death metal legends Paul Masvidal and Sean Reinert have spoken publicly for the first about their sexuality via interview with the LA Times.  Like JUDAS PRIEST‘s Rob Halford and GODSEED‘s Gaahl, the founding CYNIC members have publicly revealed that they are gay.

Drummer Sean Reinert summed it up best in the interview:

“Gay people are everywhere, doing every job, playing every kind of music and we always have been…It’s taken me years to finally be brave enough to say, ‘If you have a problem with that, then throw out our records. That’s your problem, not mine.'”

We couldn’t have said it better ourselves.  Cheers to Paul and Sean for having the courage to come out.  And if you have a problem with it, then leave this website. 🙂

Visual/performance artist NADER SADEK, who conceptualized the 2011 blackened death masterpiece In the Flesh and its live follow-up Living Flesh, will return to the stage in late May with a string of Canadian and European dates.

The band also has a new line up of all-stars for the tour:

Tour dates are as follows:

Pat Egan, longtime Director of Retail Sales at Relapse Records, tragically passed away on Monday, February 18th after a battle with pneumonia and related complications.  In honor of the man who was so instrumental in the success of so many Relapse bands and records, the label has put together a 20 track compilation featuring a collection of his favorite songs and artists, including MASTODON, THE DILLINGER ESCAPE PLAN, ABYSMAL DAWN, DEATH, and many more, including a never-before-released track from EXHUMED.

100% of proceeds from the compilation will go towards a college fund for his young daughter Katie.  Relapse thanks each band for contributing each track and waiving their royalty fee to maximize the benefit for Pat’s beloved family.  The compilation is available via Bandcamp at this location for only $5 but friends and fans are welcome to donate as much as they want.  Direct contributions may also be made via paypal to [email protected].

Harvey replaced OBSCURA vocalist Steffen Kummerer due to visa issues and had only 9 days to learn his entire set. Matt Harvey elaborates on the opportunity: “To say that I’m excited about hitting the stage with such amazing musicians would be a massive understatement. To say that I’m overwhelmed standing in Chuck‘s spot singing his songs would be the understatement of the century. Phrases like ‘it’s an honor’ get tossed around pretty casually, but taking part in this unique celebration is truly exhilarating, humbling and magical for me. Even though the name of the band is DEATH, this event is a celebration of Chuck‘s life and the vitality and staying power of his work. To be able to share what DEATH‘s music has meant to me this way is a truly once-in-a-lifetime opportunity I am incredibly grateful to have.” 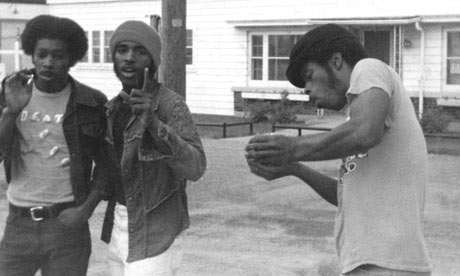 It doesn’t happen too often, especially when lawyers get involved, but sometimes bands end up using the same name.  Bands with the name “MAYHEM,” “SHINING” and “DISGORGE” have managed to coexist in harmony while also offering very cool music to the world.

While we’re on the eve of the Death to All Tour, the other band named “DEATH” is also making news with a documentary about their obscure career.  Check out the article.

This summer, former members of DEATH, will assemble a series of DEATH tribute shows in San Francisco, Los Angeles, Chicago, New York, and Orlando to not only pay tribute to Chuck Shuldiner but to benefit Sweet Relief Musicians Fund. The organization is dedicated to assisting musicians without health insurance, which is exactly the situation that the late Chuck Shuldiner found himself in when he was diagnosis with brain cancer.

More details can be found here.