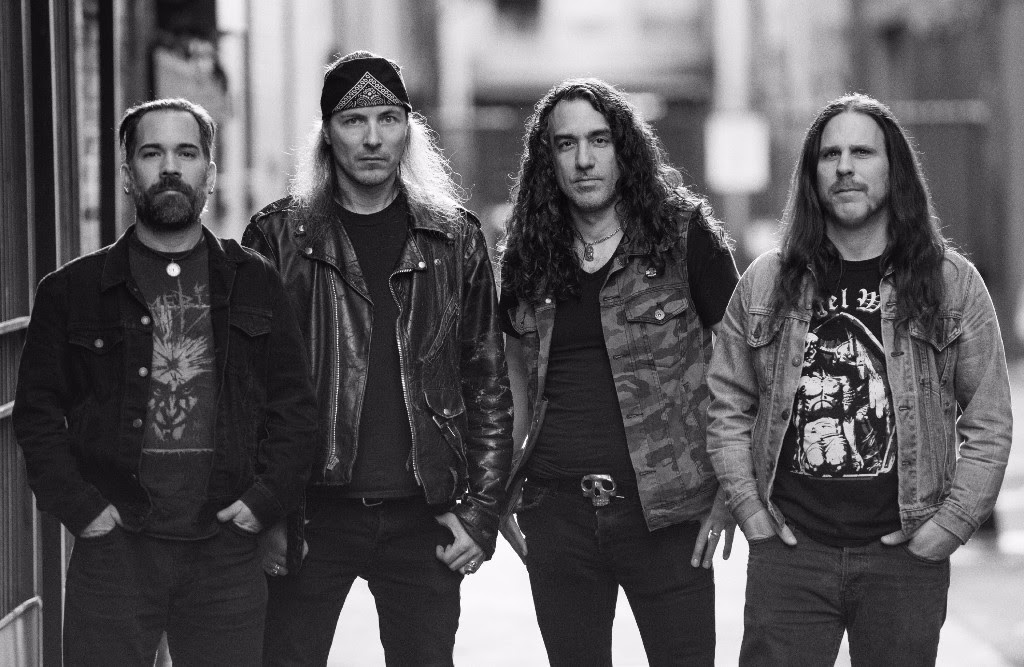 Los Angeles’ sworn enemies of 4/4 time signatures, INTRONAUT, step up their game on album number four, The Direction of Last Things. Their extreme metal roots play the most prominent role in the album’s sound since the early days of the band as evidenced by the heavy riffing and extreme, distorted vocals.  Given that, INTRONAUT takes inspiration from their past and incorporates it into where they’ve currently progressed resulting in, arguably, their best album to date.

“Digital Gerrymandering” is built on an awesome snaking riff that the band masterfully morphs through different time signatures and phrasing.  The tension that is built and then released with the clean vocal section is awesome.

On “The Pleasant Surprise,” INTRONAUT take thrash riffs and retool them into a very modern metal sound that is huge.  TESTAMENT and DEVIN TOWNSEND be damned.

The Unlikely Event of a Water Landing” is the band showcasing why they are one of the best “prog metal” bands on the planet.  Seemingly, two very different vibes with a guitar solo at the end that would make Jerry Cantrell proud.

“Sul Ponticello” is pure soul.  Check out the vocals that come in at the 4:47 mark, and the song gets even better from there.

The title track is easily the biggest monster on the disc and carries this momentum of finality that doesn’t let up until The Direction of Last Things‘ conclusion.  The more you open your ears, the more you will hear all of the intricacies.  Check out the killer riff that comes in at the 1:15 mark.  So damn good.

“City Hymnal” starts and ends in a fantastic cascade of sound that would draw envy from DEVIN TOWNSEND and JESU.

The Direction of Last Things is a union of well thought out riffing/song phrasing, impactful dynamics, and an always original delivery and style.  Bands like ENSLAVED and OPETH are still playing catch up in many ways as to how far ahead INTRONAUT have gone in their progressive journeys.  In the larger scope of things, metal needs more unique, stand alone albums such as The Direction of Last Things. (Century Media Records)

Additionally, we’ve recruited some fresh blood in Charles Elliott, Andrew Sample, and Jeff Wagner. These industry vets have been in the trenches with us for years and years, and have helped bring you many of the greatest records ever released for the past 20+ years.
END_OF_DOCUMENT_TOKEN_TO_BE_REPLACED

In a world where most metal videos are simply terrible, INTRONAUT has come to save the day with their new video for “Fast Worms.” The video does in a brilliant job in taking the piss out of the metal video genre along with being the most over the top, ridiculous video possible.

It greatly helps that the song rules.  A great nod to the past and present of INTRONAUT.

Talking about the new music video, Sacha Dunable (vocals, guitar) comments, “This video is ridiculous. Please don’t hate us now. Much thanks to Pat Lascu for making it. We’re on tour getting ready to meet up with BTBAM, Enslaved, and Native Construct, as well as a bunch of our own headlining dates. Check our facebook for those, and go buy our record! Thank you to everyone who has bought it so far, we love you guys!”

The new INTRONAUT single, “Fast Worms,” is an awesome encapsulation of the band’s history as well as future.  The song embodies the awesome dynamic range that the band are known for as well as the brutality of the early era.  What more could you ask for?

Frontman Sacha Dunable comments on the song, “Here’s one of my favorite songs off the new record, Fast Worms. It’s a real banger and a great representation of the whole record. We can’t wait to get out and jam these new songs live!”

INTRONAUT‘s fifth album, The Direction of Last Things, comes out November 13, 2015 via Century Media Records.  Don’t miss their November/December 2015 U.S. tour with BETWEEN THE BURIED AND ME, ENSLAVED and NATIVE CONSTRUCT. 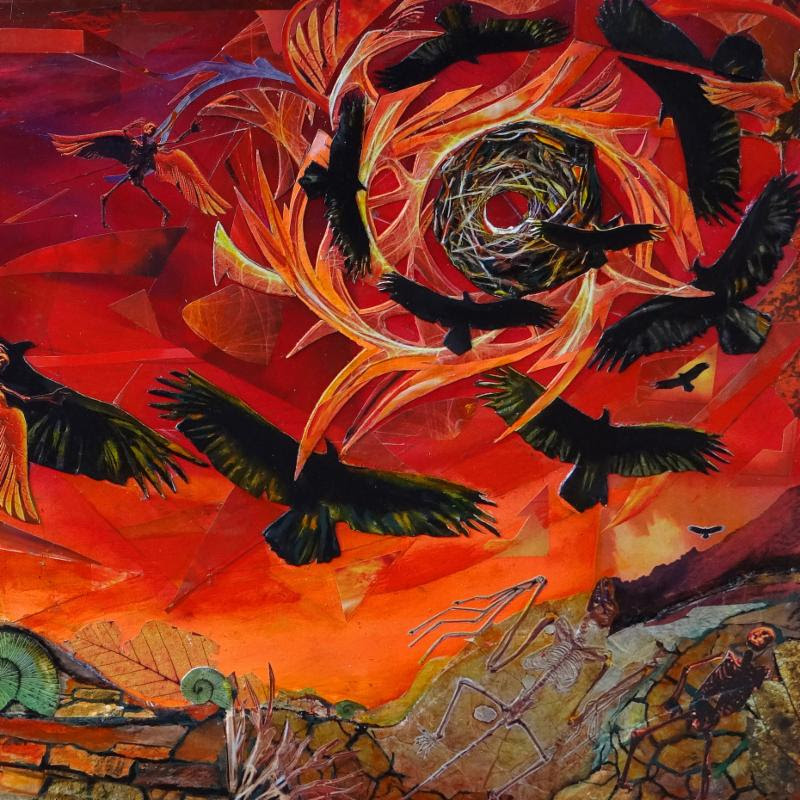 Premium custom-made guitar and bass company, Dunable Guitars, has announced that all orders this month will receive a 15% discount, your choice of Bare Knuckle Pickups, and a nitro lacquer finish at no additional charge.

Dunable Guitars was founded by Sacha Dunable, vocalist/guitarist of INTRONAUT, who handmakes all the instruments.

Check out why members of DEAFHEAVEN and HIGH ON FIRE play these beautiful guitars.

CLOUDKICKER (AKA Ben Sharp) is now streaming the band’s new live album, Live with Intronaut.  Earlier this year, CLOUDKICKER and INTRONAUT toured together with the latter acting as CLOUDKICKER‘s backing band.  Check it out below.

The album was recorded live in Austin, TX on April 6, 2014 at Fathom Tree Recording Studio.

If you’re a fan of INTRONAUT, you’ll know that Sacha is a guitar nerd that prides himself on tonality and has played a lot of different high end guitars.

Check out the guitars in action:

UK progressive rock band TESSERACT will once again supporting their critically acclaimed Altered State album. Former touring partners, INTRONAUT, who will be coming fresh off a tour of their own with BETWEEN THE BURIED AND ME and DEAFHEAVEN, will be direct support. To make these events even more special, instrumentalist/DIY prog artist, CLOUDKICKER, will be touring for the first time ever with the members of INTRONAUT as his backing band.

“Last year we spent a few short weeks with a bunch of west coast musicians called Intronaut, stalwarts of the scene who have been honing their skills for years into an awesome blend of progressive jazz tinged metal. For as long as we can remember there has been a home studio producer of genre defying music called CLOUDKICKER. He has until now been restricted to the studio. So, it’s with great pleasure that we get to rejoin our brothers in INTRONAUT, and be a part of CLOUDKICKER‘s first ever tour! This will be seriously fun”

“When we first met Ben a few years back and discovered the CLOUDKICKER album ‘Beacons,’ we unanimously fell in love with it and have since bugged him to let us be his band. Now it is finally happening. Intronaut is absolutely over the moon about this once in a lifetime opportunity for CLOUDKICKER fans to hear his stuff live. Sweetening the deal even further is the fact that we get to do the tour with our favorite British chaps in TesseracT. This tour is going to kick ass!”

“This just happened to be a time when INTRONAUT was free and, incredibly, I was able to get the entire month of April off from work. We have been in touch since 2010 and they had told me a few times that we could make this happen, but it wasn’t until last fall that I decided to give it an honest effort. Having the professionalism and technical proficiency of a band like Intronaut was the piece of the puzzle that finally encouraged me to pursue this since they are making it so easy for me. I know that when we show up for the first night of the tour everything will be locked in and we can just focus on having a good time.”