Extreme metal legend, Lee Dorian, has hit quite a few homeruns with his label, Rise Above Records, particularly with GHOST.  Well, it looks like he has another superstar band in the making with THE OATH.  Swedish guitarist Linnea Olsson and German vocalist Johanna Sadonis teamed up to write some excellent classic metal with a dark feel.

Check out the song, “All Must Die,” from their debut full-length, The Oath, which is out now.

CATHEDRAL vocalist/Rise Above Records boss, Lee Dorian, recently recorded a video wrap up for Rise Above Records‘ releases this year, including CATHEDRAL‘s swan song, The Last Spire.  He provides some really cool info on all the label’s bands and releases.  Doom! 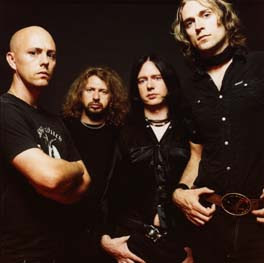