After much speculation, the original four members of BLACK SABBATH—Ozzy Osbourne (vocals), Tony Iommi (guitar), Geezer Butler (bass) and Bill Ward (drums)–have reunited to record their first new studio album in 33 years with producer Rick Rubin (seven-time Grammy winner, two of those as Producer of the Year) and to embark on a massive world tour in 2012.

Osbourne, Iommi, Butler and Ward as well as Rubin all gathered today on 11/11/11 to announce the news at a Los Angeles press conference at the legendary club, the Whisky A Go-Go, the site of the groundbreaking and influential band’s first L.A. concert exactly 41 years ago (Nov 11, 1970). The event was hosted by the revered musical and spoken word artist Henry Rollins who has said that, “Any band worth their weight in napalm wishes they had written ‘War Pigs.’”

Selling over 70 million albums together, the Grammy-winning, Rock and Roll Hall of Fame inductees have signed a new record deal worldwide with Vertigo and Vertigo/Universal Republic in the U.S., the band’s original label. BLACK SABBATH is now in the studio recording the as-yet-untitled new album for release in the fall of 2012 (exact date TBA). It will mark their ninth studio album together and their first since 1978’s Never Say Die!

Next summer, BLACK SABBATH will headline the mammoth multi-day UK Download Festival in the U.K. on June 10. The new album will then be supported with a worldwide headline arena tour (dates TBA).

Ozzy Osbourne‘s Digg Dialogg interview, which took place this week, has been posted. As recently posted, Ozzy fielded a series of questions as submitted and voted on by the Digg community. The clip clocks in at just over 34 minutes. Watch it below…

Or head over to Digg to view the clip: http://digg.com/dialogg/Ozzy_Osbourne_1 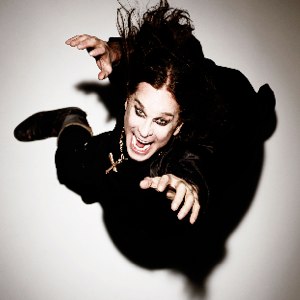 In advance of Ozzy Osbourne‘s forthcoming new album, Scream, the legendary singer will be the next guest on Digg Dialog, the Q&A series by social news site Digg.  Past guests have included Trent Reznor, Tony Hawk, Al Gore, and many more.

Ozzy will be asked a series of questions submitted directly from the fans; the most popular questions, as voted on by the Digg community, will be asked during the video interview.

Here are some of the most popular questions submitted so far:

The interview will take place new monday, June 15th, at Ozzy‘s house and will air the following week on Digg.  We will also post the video here on APESHIT.

Ozzy Osbourne is back with a new album, Scream, which is set to drop June 22nd through Epic Records. Scream is Ozzy‘s first album in three years and 10th studio album overall. The album was produced by Ozzy and Kevin Churko, both of whom produced his last album, Black Rain, and is the first to feature new guitarist Gus G.

A special digital download of the album will be made available for free on the day before the album release to those who purchase Ozzfest tickets at LiveNation.com through June 18th.

Check out a video of the “Making of Scream“:

New Orleans, Louisiana’s GOATWHORE are confirmed to play the second stage of the Ozzfest summer tour alongside BLACK LABEL SOCIETY, DROWNING POOL, KINGDOM OF SORROW, SKELETONWITCH, SAVIOURS, and KATAKLYSM. Ozzfest 2010 will kick off August 14 in San Bernardino, CA (the birthplace of the first Ozzfest in 1996).

The 2010 OZZFEST dates are as follows:

While specific details of this week’s Ozzfest announcement are still being worked out, a brief list of details were posted on the official Ozzfest forums:

Q: Will Ozzy be at my show?
A: As of now, Ozzy is scheduled to headline ALL OZZFEST DATES

Q: Will there be a limit to the number of tickets I can buy?
A: Again, yes, there will be. The amount has not yet been determined, but there will be.

Q: How will I gain entrance?
A: You will print out or recieve the tickets that you have secured and you will bring those with you to the event, where you will exchange them for entrance.

Q: How will the seating be decided?
A: As in previous years, the second stage will still be general admission for everyone without seats. However, as far as main stage, it will be first come, first serve basis for both general admission AND the seats. Of course, you do not stake claim to seats, meaning that if you stand up and leave the seats, others are entitled to sit there.

Q: Will merchandise and concession prices be raised to make up for the lack of ticket price?
A: No. The prices will remain up to the individual artists to decide, however, there will be no expected raise in prices.

Q: How will the artists make money off of this?
A: They are free to book themselves at local shows on days before, after, and days OF the fest. Also, they are, as always, welcome to bring and sell merchandise.

Q: How different will the bill be from date to date?
A: Some second stage acts may change, however, the main stage acts will be comitted and appear throughout the tour, unless otherwise stated.

Q: Is there any truth to rumors that Ozzfest will be moved inside?
A: No, the shows will be at amphitheaters as they traditionally have been.

Lastly, there will be a ticket limit (per person) but that number has not yet been determined.Â  To make sure you receive the latest information on securing tickets, subscribe to ozzfest.com or forums.ozzfest.com.

The original press conference has been posted online for viewing here: http://windowsmedia.onthescene.com/OzzFest_07a.wmv.

“This will change everybody’s impression of the way touring in the summer in America should be,” said Sharon Osbourne.Â  “For the last few years, ticket prices have steadily climbed as artists demand more and more money for summer tours. We certainly want everybody to make money, however we also want the kids to be able to afford to come out and have an incredible experience. If we continued with the traditional touring festival model, we would have no choice but to raise ticket prices again this year.

“We’re reaching the same point we did years ago when kids no longer wanted to pay for overpriced CDs. As a result, they found alternative ways of getting music. That’s what’s happening with summer touring in this country, it’s out-pricing itself. We started this and we want to keep it and we want to make it bigger and bigger each year by getting bigger sponsors to be involved with the festival and underwriting the festival. That’s what it’s about.”

Jason Garner, Live Nation President of North American Concerts added the following: “For the past 11 years, music fans have made Ozzfest the most successful and enduring rock music festival in the United States. What better way to say ‘Thank You’ to the music fans who have made this possible than inviting them to attend Ozzfest for free.”

To gain entry into the event, fans will go to www.ozzfest.com or www.livenation.com to find links that will direct them to special sponsor sites where tickets can be secured. More details regarding the process are forthcoming.

For this summer’s edition, OZZY will make his triumphant return to the headlining position on this year’s mainstage after surprising fans last year by performing on the down-and-dirty second stage at a handful of dates. Audiences can expect the Prince of Darkness to unveil new songs from his forthcoming studio album, OZZY‘s first disc of new material since 2001. While the rest of the in-progress bill is under wraps, Sharon points out, “we have bands committed, but we’re hoping that after today’s announcement we’ll have a whole influx of artists who want to be a part of something this ground breaking. We know there aren’t any major headlining acts that would tour all summer for nothing, but we’re confident we can turn some of the genre’s biggest bands on to what we’re doing and have them come out to play a date or two. If they’re in town and want the rush of performing in front of 20,000 frenzied kids, they’re more than welcome to join us. They can sell their t-shirts, CDs and whatever else they’ve got. They’re also welcome to book their own shows in local venues on the day of Ozzfest. I’m not stopping them. People have to be creative and think of alternatives.”

“Ozzfest was created to keep this genre of music alive by showcasing new talent,” states Sharon. “You better believe we’re going to keep perpetuating that by hand-picking compelling new bands that are hungry for Ozzfest‘s career-making exposure.”