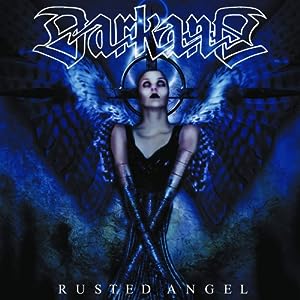 Following the footsteps of their progressive/technical death metal peers from the 90’s, namely CYNIC and ATHEIST, Dutch legends PESTILENCE have “resurrected” and offered us a great blast from the past. The legacy of PESTILENCE ended on a sour note as the members were less interested in death metal and released the much detested Spheres album. Although ahead of its time, Spheres was a far cry from classics such as Consuming Impulse and Testimony of the Ancients, which turned off many, if not all the fans they had at the time.

Fortunately, PESTILENCE has returned! Resurrection Macabre starts off exactly where Testimony of the Ancients left off, as “Devouring Frenzy” attacks with a vengeance! While mainman Patrick Mameli‘s vocals pale in comparison to former PESTILENCE and current HAIL OF BULLETS frontman Martin Van Drunen, Mameli‘s vocals do the job, and the drumming and music make up for it. Drummer extraordinaire Peter Wildoer has been extremely busy in the last year, appearing on the new DARKANE, OLD MAN’S CHILD albums, and now lending his talents on Resurrection Macabre. His ability to blast and add intricate details enhance the PESTILENCE experience, which makes the album refreshing, instead of simply being Testimony of the Ancients Part II. “Horror Detox” has all the qualities that old PESTILENCE fans have been yearning for all these years, and with “Hate Suicide“, the band brings out the entire artillery, as pummeling blasts, double bass, and catchy riffs are all in check.

The classic PESTILENCE guitar riffs can be found on the track “Synthetic Grotesque” as Consuming Impulse flashes back into the listener’s head. Resurrection Macabre gets a bit dull towards the middle of the album, as there is much ground to cover in this 54 minute slab of pure death metal. The title track starts off similar to MORBID ANGEL‘s “Day of Darkness” and ends up as one of the slower tracks on the album. The intensity picks back up on “Hangman” with some superb drumming showcased by Wildoer. “In Sickness and Death” is a mid-paced track which contrasts to what comes next: re-recordings of three classics from Malleus Maleficarum, Consuming Impulse, and Testimony of the Ancients, respectively. Ironically, most of the songs on Resurrection Macabre are in the 3-4 minute range and the longest tracks are the re-recordings. The re-recorded versions are pretty much in tact in their original form, but it’s always nice to hear re-recorded versions with clean production of the classic songs.

Unfortunately, bass wizard Tony Choy‘s parts are not as prominent in the mix as his previous recordings with CYNIC or ATHEIST, but that has no ill effect on the album, as PESTILENCE fans can once again rejoice with this solid effort. If PESTILENCE calls it quits again, at least Resurrection Macabre will be a fitting end, instead of tarnishing their importance in death metal history, as they did with Spheres. (Mascot Records)

SOILWORK and DARKANE–a Swedish melodic death metal match made in heaven (err… hell?) A pairing along the lines of today’s version of an IN FLAMES/DARK TRANQUILLITY caliber pairing. This wasn’t about played out brutal death metal or dripping-with-corpsepaint black metal. This was about melody and shred-ology. And shred they did.

Openers, DARKANE, stirred up the pit with some delicious guitar-flexing songs despite having a vacancy in the second guitarist slot. (Guitarist Klas Ideberg has not been with the band due to illness and his replacement, Toby Knapp, was also sidelined due to illness.)

But this band is all about guitarist, Christopher Malmström, and drummer, Peter Wildoer. The two are exceptionally technical, yet every bit tasteful in their style, and together on stage tonight, both were tighter than a pair of power metal skinny jeans.

END_OF_DOCUMENT_TOKEN_TO_BE_REPLACED

O.G. death metallers, PESTILENCE, are back after 15 years of deathlike silence. The band are set to release a brand new studio album entitled Resurrection Macabre. The album is a display of the timeless power of brutal death metal with modern day technique and skill of experienced musicians.

Mameli explains: “When so many people asked to resurrect PESTILENCE it got me thinking. For many years it was a closed chapter. I have always been very clear about that. The last couple of years I discovered, to my amazement, that the band had not been forgotten, but still meant a lot to many fans. So there were a few things that got the ball rolling. First of all the fans. I also noticed that old school death metal was making a come-back. It did wet my appetite. I discovered that I felt the urge to get involved again with the great musical tradition that is death metal. I wanted to leave my own mark again. Another important factor was that I knew that with Tony Choy and Peter Wildoer by my side I had found the right people to make this dream come true. These guys are both absolutely stunning musicians. Simply the best one could wish for. Their creative input on the album is invaluable.

“I don’t want to rely on successes of the past. This is not a reunion, but a second life for PESTILENCE. That’s why we wanted to mark our comeback with a new studio album. Stylistically it goes back to the days of Consuming Impulse and Testimony Of the Ancients, but it’s also apparent that time did not stand still. I am a better musician than a was back then. Compared to the old days the technical possibilities are limitless.”

The new album also features some re-recorded classic PESTILENCE songs: “Chemo Therapy“, “Out Of the Body” and “Lost Souls“, all coming from the first two PESTILENCE albums.

“It seemed like a good idea to connect ourselves to our musical past,” commented Mameli. “Apart from that I liked the idea of revisiting those old songs and to see what they would sound like when performed and recorded in this advanced day and age.”

The band plan to hit the road following the release of Resurrection Macabre.

For more information on PESTILENCE, go to http://www.myspace.com/pestilenceofficial.

“DARKANE would like to welcome Jens Broman as our new vocalist! He’s recently been seen in the vocal spot in CONSTRUCDEAD and THE DEFACED (and will continue to sing in both bands). Jens grew up in GlumslÃ¶v, south of Helsingborg (a good friend of BjÃ¶rn Strid from SOILWORK), but now lives in Stockholm. His live debut with us will take place in three weeks at the ProgPower Scandinavia festival in Copenhagen, Denmark on November 10th. We’ve been rehearsing hard lately and are very excited to work together with Jens. He has a huge vocal diversity and we are pretty sure that DARKANE fans won’t be disappointed. We had our interests set on Jens at a very early stage and would like to thank all the people who showed their interest in joining DARKANE as our vocalist. We wish you all the success in the future, and we’d also like to congratulate Peter [Wildoer, drummer] and [his longtime girlfriend] Erika for getting engaged a few weeks back.”

Last month, Peter Wildoer revealed that DARKANE has “about nine songs ready to record” for their upcoming fifth studio album, despite the fact that the band’s Not Quite Studio suffered an extensive amount of damage due to flooding two months ago.