Twelve years after STAROFASH‘s excellent debut, Iter.Viator, the brainchild of Heidi S. Tveitan proves to only reach new heights over the course of time.  Ghouleh, featuring a song for every month of the year plus one bonus track, is an imaginative, ethereal album.

Unlike Lakhesis, Ghouleh‘s foundation is not entirely dependent on a traditional band configuration (drums, guitar, bass).  Instead, a portion is based on electronic/programming in addition to the trademark STAROFASH classical instruments of pianos and synth.  New dimensions of the band’s sound are sometimes obvious yet often subtle.

The variety of the material is wide yet cohesive.  A song like “Shimmer” is on the grandiose side of things compared to the minimalist electronics of “Draum.”  The results are always beautiful, delicate, organic soundscapes.

What really matters most with Ghouleh is that the music is compelling and straight from the heart.  STAROFASH directly communicates with the listener on a deep level.  With music this good, it’s so easy to just drift off to another place.  One of the best albums of the year.  (Mnemosyne Productions) 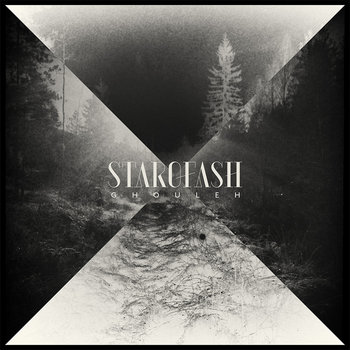 We look forward to another strong year in 2012 in which we will celebrate our 10 years online. Cheers for all of your support in 2011! Radikult!!
END_OF_DOCUMENT_TOKEN_TO_BE_REPLACED

The following interview with Ihsahn was conducted and gracefully provided by MetalGeorge for Examiner.com, as the site’s Cape Cod Rock Music Examiner (original article).

Having first acquired a copy of After-the third solo effort from former EMPEROR frontman Ihsahn-in late 2009, it was clear from the get-go that this truly was going to be the first great album of 2010. Time has proven this initial analysis correct, as After survives further investigation in spades, spreading the wealth of its expansive songwriting and proving-beyond a shadow of doubt-that Ihsahn has certifiably arrived as a solo artist. Notoriously perfectionist in his regard for art and music, Ihsahn spoke to Cape Cod Rock and shed a little light into exactly what sort of thoughts drive this creative, driven mind to unleash sounds beyond the oft-limiting parameters of the black metal spectrum.
END_OF_DOCUMENT_TOKEN_TO_BE_REPLACED

Heidi Tveitan (Ihriel) is busy working on a new STAROFASH album, currently carrying the title Lakhesis.  The album is planned for a release early next year.  Tveitan posted a short update describing the new material:

“I am approximately half way there in the song-writing process, and quite happy with the direction it is taking. Musically this album will be more up-beat and rock oriented than before, and also more vocal driven. I spent more time on the compositional stage, exploring different compositional techniques and forms. All material is written on piano, pen and paper to focus fully on the actual song rather than production.”

STAROFASH‘s last release was a special release via her label, Mnemosyne Productions, for the soundtrack to the Irish film, Ulterior, which came out earlier this year.