END_OF_DOCUMENT_TOKEN_TO_BE_REPLACED

Nearly three years and three band members replaced and THE HAUNTED appear ready to atone for their previously subpar releases.  If the three songs on Eye of the Storm are any indication of where the band’s head is at, then it’s time to rejoice.  On this 7″, THE HAUNTED are back to doing what they do best: thrashing better than any band on the planet.

Generally speaking, THE HAUNTED reclaim the sound and style of their first three or four albums.  Interestingly, this digital single/7″ only gets faster with each song.  “Eye of the Storm” is a muscular song which features those sweet but short dynamics and touch of  melancholy that has made the band stand out during their career.  The intro riff on “Infiltrator” is just one of the sweetest metal riffs you’ll ever hear.  So damn good.  Finally, “My Enemy,” is a scorcher complete with Kerry King-like guitar whammy bar action.

Not only is Eye of the Storm a must for fans of the band, it’s a great reason to get excited for the next full-length.  (Century Media Records)

VALLENFYRE has officially entered the studio to record their second full-length album and follow-up to 2011’s A Fragile King entitled Splinters.

Gregor Mackintosh (vocals and lead guitars) comments: “We have now arrived in a very cold Salem, MA and are currently holed up in Godcity Studio with producer Kurt Ballou tracking drums for our second album, ‘Splinters‘. We are really digging Kurt‘s honest, old-fashioned approach to recording. No triggers or samples. Just a good drum kit, good mics and a good drummer.”

In 2011, Gregor Mackintosh (PARADISE LOST) announced that he would go back to his death metal roots with his new band, VALLENFYRE. The level of expectation was set high with a line-up consisting of Hamish Glencross (guitar – MY DYING BRIDE), Scoot (bass – DOOM, EXTINCTION OF MANKIND), Adrian Erlandsson (drums – AT THE GATES, PARADISE LOST, THE HAUNTED) – and of course, Gregor on vocals (for the first time in his career!). Their debut, A Fragile King, was a reference to Gregor‘s father’s (lost) battle with cancer.

Check out the music video for “Cathedrals of Dread” from their debut:

We look forward to another strong year in 2012 in which we will celebrate our 10 years online. Cheers for all of your support in 2011! Radikult!!
END_OF_DOCUMENT_TOKEN_TO_BE_REPLACED 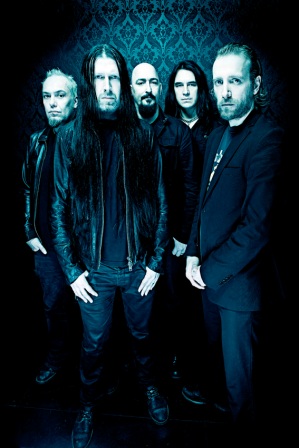