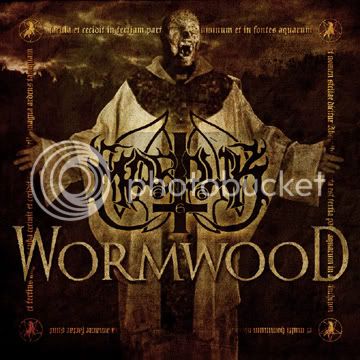 MARDUK‘s forthcoming new album, entitled Wormwood, is being finalized, and while a release date is not yet set, the band have revealed the album cover (to the right). Wormwood is the band’s eleventh studio album. Photos from the album’s recording at Endarker Studios have been posted on the band’s official website. Check out the pictures here: http://www.marduk.nu/gallery.html

As previously mentioned, MARDUK have scheduled a small handful of U.S. shows to make up for their unplanned withdrawal from this summers’ Blackenedfest. Go here for the dates.